On January 15, 2019, Chief Justice Veale of the Yukon Supreme Court declared that Canada has a legal obligation to negotiate a self-government Financial Transfer Agreement with Teslin Tlingit Council pursuant to their Final Agreement and sections 16.1 and 16.3 of the Self-Government Agreement. These FTA negotiations must take into account funding based on TTC’s actual citizenship, something which Justice Veale found that successive Canadian governments have failed to do, and they must take place prior to the expiry of TTC’s current FTA in March 2019.

The Court found that Canada has historically funded TTC on the basis of its members who have status under the Indian Act, even though TTC must provide programs and services to all its citizens – roughly a quarter of whom do not have Indian Act status. By entering into the Final Agreement with Canada, TTC became empowered to determine its own citizenship. Justice Veale stressed that this was a monumental achievement as it “embodied the principle that there would no longer be two classes of Indians; those with status and funding under the Indian Act and those without status and funding.”

The Court found that it was not honourable for Canada to continue to apply funding to TTC based on Indian Act status in spite of the clear promise of the Final Agreement. Furthermore, the Court held that national policy negotiations could not override Canada’s legal obligation to negotiate an FTA which complies with TTC’s Final and Self-Government Agreements: this obligation comes first.

This decision has significant value for all self-governing First Nations, particularly those in the Yukon, as the Court affirmed and emphasized the importance of self-government generally and the need for self-government to be adequately funded.  Justice Veale described the implications of the Yukon Final Agreements as follows:

“For the first time in Yukon history, Yukon First Nations could become self-governing and end the paternalistic colonial administration of Canada, as well as the discriminatory status / non-status division created by successive governments of Canada based on the Indian Act.”

The Court noted, however, that the promises of self-government are meaningless if they can’t be implemented due to lack of funding. Justice Veale wrote: 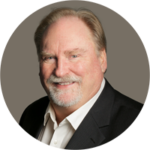