On October 3, 2022, the BC Achievement Foundation announced the winners of the 2022 Indigenous Business Awards (“IBA”). Ratcliff client, Sc’ ianew First Nation (Beecher Bay) has been awarded the Community-Owned Business of the Year Award for M’i nuw’ilum Marina Inc.

Presented annually, the IBA recognizes the contributions of extraordinary Indigenous businesses and entrepreneurs across BC, while helping to elevate connections between the province’s Indigenous and non-Indigenous economies. This year’s award theme, “Thuyshaynum: preparing the path, directing the feet,” recognizes the tireless work being done to correct perceptions of Indigenous history and build respectful, meaningful relationships. A total of eight Indigenous businesses, entrepreneurs, partnership entities and community-owned enterprises have been selected by a jury panel.

Operated by the Sc’ianew First Nation, M’i nuw’ilum Marina Inc. has two distinct narratives that are united by a commitment to community building. Since the 1970’s the marina has been at the heart of the Beecher Bay community. As the region’s population grew, the marina expanded to include 365 berths, a gas bar, convenience store, and restaurant. The operation continues to be an important revenue-generating enterprise that provides jobs in the community while acting as a gathering place for locals and tourists alike.

The second chapter of the marina’s story emerges from Sc’ ianew First Nations urgent mission to protect the marine resources that have nourished coastal peoples since time immemorial. Part proactive business development, part conservation, and part reconciliation, the Nation has taken the lead on several partnerships to enhance marine shipping safety in the Salish Sea and establish a spill response base at Beecher Bay that will significantly lower spill response times for the local area. Continued partnerships bring a fleet of spill response vessels, including tugs used for escort towage that have been honoured with the names of two elders of the Sc’ ianew community.

“We have gone through great lengths, controversy, and criticism to protect the ocean. This is just one part of our commitment to our people to do so.”  – Chief Russ Chipps

As proud guardians of the ocean, the community has created relationships that provide income, training, careers, and a legacy of advocacy. In doing so, Sc’ ianew First Nation has set in motion the gears of economic reconciliation that will continue to benefit their people as well as citizens and guests to the West Coast.

____
Ratcliff congratulates Chief Russ Chipps, Sharon Jay, the M’i nuw’ilum Marina Inc. Board of Directors, and the citizens of the Sc’ ianew First Nation on this very much deserved recognition. 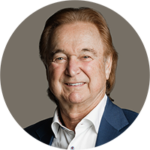 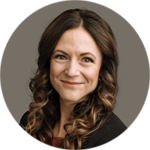