“This is the culmination of almost 20 years of challenging negotiations with both levels of government”, says Chief Judy Desjarlais. “This settlement is a generational opportunity for our Nation, and Chief and Council looks forward to working closely with membership to realize a community-driven vision for the settlement funds and lands”.

Through determined negotiations, Ratcliff LLP assisted Blueberry in securing not only the strict shortfall of reserve lands under the Treaty (legal entitlement), but also a significant quantum of additional “equity” lands and financial compensation for loss of use of the TLE lands.

Blueberry River and Doig River are the descendant Nations of the Fort St. John Beaver Band, the first Nation in BC to sign Treaty 8. One of the solemn promises given by the Crown in Treaty 8 was to set aside reserve land equivalent to 128 acres per member, after consulting with signatory Nations about the location of the reserves – this promise was never fulfilled. In 1916, the Fort St. John Beaver Band received a reserve that was about 13,000 acres less than its entitlement under Treaty No. 8.

Since 1916, the members of the Fort St. John Beaver Band and their descendants have suffered the loss of use and benefit of the promised reserve land, while at the same time Treaty 8 territory was opened for settlement and commercial development, producing enormous financial and other benefits for the Province of BC and industry.

Blueberry River’s TLE Claim, submitted together with Doig River, was accepted for negotiation by Canada in September of 2004. Negotiations with Canada and the Province of BC have focused on fulfillment of the reserve land promise and compensation for loss of use.

“Blueberry River identified TLE reserve land areas of interest in 2005 based on cultural, spiritual and traditional use values, as well as our community’s strong need for new residential settlements – the lands included in our settlement reflect the priorities and values identified by our membership”, says Chief Desjarlais. “I just wish that the Blueberry leaders and Elders that have passed on since 2005, but that contributed so significantly to this settlement over the years, could be here to see the realization of their great vision”.

After 18 years of negotiations with Ratliff as counsel, the Blueberry community has recently ratified the settlement, and the settlement agreements will be signed in the near future. 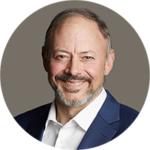 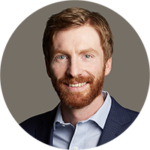