Tsawwassen First Nation will receive $7.7M as recognition that Canada failed to protect the Nation from an exploitative sale of land

In a joint statement released April 25, 2022, Chief swənnəset Ken Baird of the Tsawwassen First Nation and the Honourable Marc Miller, Minister of Crown-Indigenous Relations, announced that they have successfully concluded negotiations and reached a settlement agreement of the English Bluffs Specific Claim with the Government of Canada.  The settlement agreement was ratified by members of the Tsawwassen First Nation in August 2021.

As part of the settlement, the Tsawwassen First Nation will receive $7.7 million as recognition that Canada failed in its obligation to protect the Nation from an exploitative sale of reserve lands in the 1950s.

“We at Tsawwassen First Nation are pleased to bring closure to this long-standing issue. Addressing the historical harms done to our people is key to reconciliation and we hold our hands up to all the leaders and staff who worked over the years to settle this claim.” – Chief swənnəset Ken Baird, Tsawwassen First Nation

The Tsawwassen First Nation, a Coast Salish Nation, is located in the Greater Vancouver area of the Lower Mainland of British Columbia, adjacent to the South Arm of the Fraser River.

Specific Claims are legal claims by First Nations against Canada for failing to fulfill promises in historic treaties, failing to comply with the Indian Act or breaches of fiduciary duty relating to reserve land or other assets of a First Nation. Specific Claims cannot assert Aboriginal rights and title and are separate from the Treaty process. The Specific Claims process is an alternative to taking legal disputes through the traditional court pathways. 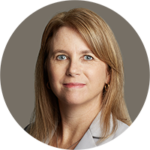