The directives are part of the Province’s implementation of the Declaration on the Rights of Indigenous Peoples Act, passed in 2019. In DRIPA, the Province commits to 1) ensuring that all laws in British Columbia are consistent with the Indigenous rights recognized in the UN Declaration, and 2) preparing an Action Plan to guide achievement of the objectives of the Declaration. DRIPA also provides a mechanism to enter into shared decision-making agreements with Indigenous governments.

For the first two years after DRIPA was made law, there was scant official or public implementation of these three elements of DRIPA.

According to the directives, the Province’s “new approach to litigation” seeks to transform the government’s relationship with Indigenous peoples by prioritizing alternative dispute resolution and negotiated settlement over adversarial, courtroom litigation that presents challenges to achieving reconciliation.

Affirming rights is the first step

The directives mandate that litigation is to be conducted in a manner that recognizes and upholds the Crown’s obligations toward Indigenous peoples, and, that respects and does not undermine the rights protected by section 35 of the Constitution and the UN Declaration. Litigation is to be a last resort, be as narrow as possible, and be consistent with an overarching government approach.

To date, litigation brought by First Nations to enforce their rights is often met with denial of even obvious facts, disavowal of the historical existence or modern entitlement of a Nation to bring a claim, and procedural motions. If Provincial counsel follow the directives and focus their litigation only on real issues that require the input of the court, there may be real progress toward recognizing Aboriginal rights in a more efficient, respectful and collaborative way.

The role of litigation going forward

Negotiated settlements and agreements undoubtedly are a preferred means to resolve issues, recognize and respect the rights of Indigenous peoples, and establish terms for the benefits that should flow from use of traditional territory and resources. Yet, until there is a significant shift in how, and the speed with which, Government recognizes and negotiates with First Nations, there will likely still be an unavoidable role for litigation to clarify and enforce rights and obligations.

The directives recognize the right of Indigenous groups to choose a preferred forum to resolve their legal issues, including litigation.

Should litigation be required, the directives dictate that “the relationship between Indigenous Peoples and the Crown should not be adversely affected by how the Crown conducts this litigation.”

The application of the directives and their effect on the Government’s relationship with Indigenous peoples in BC will take time to develop. At face value, the release of these directives signals a change in the legal culture of the Province. If upheld in practice, the directives are a welcome shift.

Recognition and respect for the rights and self-determination of First Nations is necessary and will come. It is far more honourable to achieve this outcome by standing with, rather than in the way of, the Indigenous peoples of this Province. 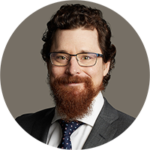 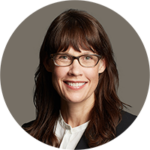