With a strong sense of justice, a fighting spirit, and a keen intellect, Maegen Giltrow is a superior advocate and a trusted advisor

We at Ratcliff have the pleasure to announce that Maegen Giltrow, a partner and integral member of the Ratcliff team, has been appointed a Queen’s Counsel. This honour is bestowed on the recommendation of the Attorney General of British Columbia in recognition of exceptional merit and contribution to the legal community.

Before becoming a lawyer, Maegen demonstrated obvious legal skills, coming to article at Ratcliff after clerking at the BC Court of Appeal. As Maegen has grown as a lawyer, she has taken on important, and often complicated and challenging, issues with courage and determination. Her ability to identify a specific objective embedded in a broader context and a longer history, combined with a strong sense of justice, a fighting spirit, and a keen intellect, have translated into a commitment to, and success at, achieving her client’s objectives. She is dedicated to supporting First Nations in advancing their goals and protecting their interests and rights. She has become a superior advocate and a trusted advisor.

In the last few years, she has worked and advocated alongside First Nations to seek transformational change in Indigenous child welfare. Her work with Huu-ay-aht in particular has led to precedent-setting decisions; she is now a trusted voice as First Nations and the government alike reckon with how to shift jurisdiction and approach.  While doing this work, she also took up a request to translate the ongoing challenges that Blueberry River First Nations were experiencing grappling with cumulative impacts of development on their treaty rights into a court action. She brought that case to trial, and, this year received a resounding win from the BCSC, resulting in declarations from the court that require, and, that have already resulted in, significant changes to how the Province approaches industry and considers and regulates impacts to treaty rights and the environment. Before and since, there have been many more cases and issues, large and small, for other clients, all of whom were and are important to Maegen.

Maegen is valued and respected by the legal community, including by the court and lawyers, whether they find themselves on the same or the opposite side of the issues she pursues. She practices law with integrity, and, with respect.

We congratulate Maegen on all that she has achieved, and, on her appointment as Queen’s Counsel. 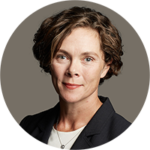